Oneness: There will be a small concert Sunday April 10th 2 to 8 P.M.

in the Great  Room Of  The Mayerson Law Offices & Gallery:

I recorded this for Redkruzer’s ‘Japan Benefit Concert’ to be held on Sun.10th:  April 2011.

Recommended by an amazing friend, Paul    : Please Google the  Headline following the next sentence .     Wordpress, or CNN will not let me (not knowledgeable enough to) post the URL:

or cut and paste the following URL that will go to the article: http://www.cnn.com/2011/WORLD/asiapcf/04/03/japan.tsunami.captain/index.html

What moves us, compels us, to do what we can:

On Oneness of us all:

A high school friend, David sent me this:

…In How To Write A Sentence by Stanley Fish (Harper 2011), Prof. Fish quotes the below italicized sentence and states, “It is a tremendous rhetorical achievement, a sentence for the ages . . ..”  After reading this sentence you will agree and you will see why we have a Martin Luther King holiday.

While confined here in the Birmingham city jail, I came across your recent statement calling my present activities “unwise and untimely.”

***
Perhaps it is easy for those who have never felt the stinging dark of segregation to say, “Wait.” But when you have seen vicious mobs lynch your mothers and fathers at will and drown your sisters and brothers at whim; when you have seen hate-filled policemen curse, kick, and even kill your black brothers and sisters; when you see the vast majority of your twenty million Negro brothers smothering in an airtight cage of poverty in the midst of an affluent society; when you suddenly find your tongue twisted and your speech stammering as you seek to explain to your six-year-old daughter why she can’t go to the public amusement park that has just been advertised on television, and see tears welling up in her eyes when she is told that Funtown is closed to colored children, and see ominous clouds of inferiority beginning to form in her little mental sky, and see her beginning to distort her personality by developing an unconscious bitterness toward white people; when you have to concoct an answer for a five-year-old son who is asking: “Daddy, why do white people treat colored people so mean?”; when you take a cross-country drive and find it necessary to sleep night after night in the uncomfortable corners of your automobile because no motel will accept you; when you are humiliated day in and day out by nagging signs reading “white” and “colored”; when your first name becomes “nigger,” your middle name becomes “boy” (however old you are) and your last name becomes “John,” and your wife and mother are never given the respected title “Mrs.”; when you are harried by day and haunted by night by the fact that you are a Negro, living constantly at tiptoe stance, never quite knowing what to expect next, and are plagued with inner fears and outer resentments; when you go forever fighting a degenerating sense of “nobodiness,” then you will understand why we find it difficult to wait.

***
Yours for the cause of Peace and Brotherhood, -Martin Luther King, Jr. 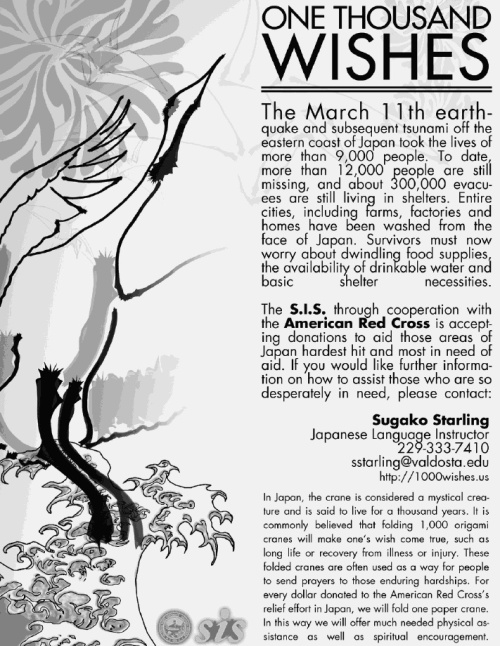 Sarah has graced us , & honored The Japanese People with this:

We intend to present The World Premiere the first of a new series of Sean Corcoran’s collaborations with writers called Drive by Darts.
We will present Sean Corcoran Images from the Sean Corcoran Drive by Shootings collection interpreted in words by Anthony Mc Carthy.

This collaboration will be a  highlight of The Film Festival coming up soon at The ImaginAIRium.

I received this from JanVerner before we started this page: